45 of the most famous surf quotes in the world 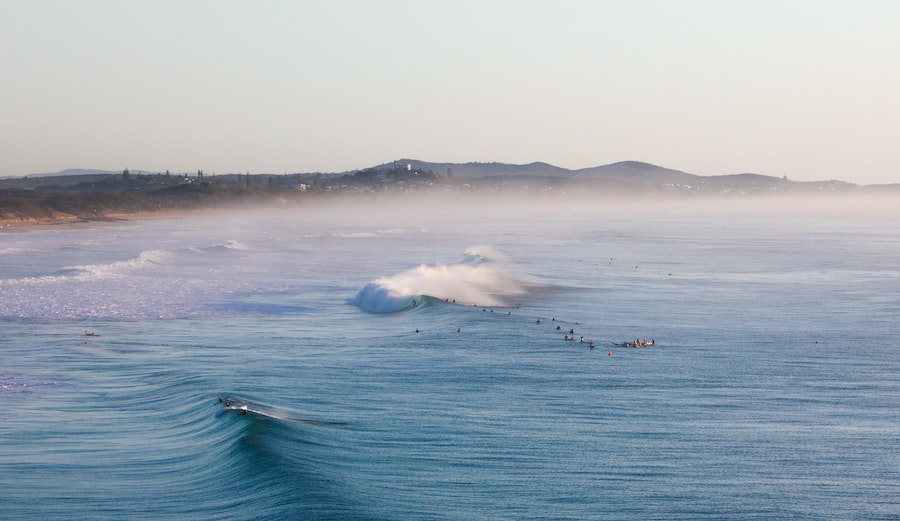 Surfing is a sport that has been enjoyed by people all over the world for centuries. Not only is it a great way to enjoy the ocean and spend time with friends and family, but it also keeps you fit and gives you an excuse to visit some beautiful places.

Surfers themselves are a special breed of people, and over time we’ve developed our own language and culture. One of the best ways to understand surfers is to listen to their quotes about surfing. In this article, we will explore some of the best surf quotes in history and break down our favourite funny, inspiring, deep, celebrity, writer and shaper sayings about this epic pastime.

Discover the best surf quotes below!

The best quotes about surfing

1. “I’m gonna just bend over and start lubing my bum up.” Yadin Nichol

6. “Sometimes, I feel like a two-bit version of Mickey Dora.” Phil Edwards

7. “As for my own surfing, let’s just say that when the waves start pushing 10 feet, I get this tremendous urge to make a sandwich.” Bruce Jenkins

15. “Surfing to me is like playing music. You play different melodies with different boards.” Skip Frye

16. “Surfing is a release from exploding tensions of 20th-century living, escaping from the hustling, bustling city world of steel and concrete, a return to nature’s reality.” Fred Wardy

17. “Surfing frees everything up, it’s just the best soul fix. Life should be stress-free, and that’s what surfing is all about. It’s something you do in your sleep, with your eyes closed; it’s something you’ll constantly embrace and be passionate about, and whatever it takes, you’re gonna do it, because nothing else in the world can give you that kind of self-esteem.” Rell Sunn

18. “Man cannot discover new oceans unless he has the courage to lose sight of the shore.” Andre Gide

20. “The biggest sin in the world would be if I lost my love for the ocean.” Laird Hamilton

21. “Feelings are much like waves. We can’t stop them from coming but we can choose which one to surf.” Jonatan Martesson

22. “Going to places where you can find those waves where you still have it to yourself; that’s one of the most special things in surfing. There’s so much coastline that’s still undiscovered.” Chris Malloy

23. “There are a million ways to surf, and as long as you’re smiling, you’re doing it right.” Unknown Author

25. “The best surfer out there is the one having the most fun.” Gerry Lopez

26. “We’re all equal before a wave.” Laird Hamilton

28. “Waves are not measured in feet and inches. They are measured in increments of fear.” Buzzy Trent

29. “Surfing’s one of the few sports that you look ahead to see what’s behind.” Laird Hamilton

30. “There are so many people out there who will tell you that you can’t. What you’ve got to do is turn around and say, ‘watch me’.” Layne Beachley

31. “Surfing, alone among sports, generates laughter at its very suggestion, and this is because it turns not a skill into an art, but an inexplicable and useless urge into a vital way of life.” Matt Warshaw

32. “You can’t stop the waves, but you can learn to surf.” John Kabat-Zinn

33. “Surfing is a secret garden, not easily entered. My memory of learning a spot, of coming to know and understand a wave, is usually inseparable from the friend with whom I tried to climb its walls.” William Finnegan

34. “Surfing’s a more profound kind of sport than it looks. When you surf, you learn not to fight the power of nature, even if it gets violent.” Haruki Murakami

35. “I’d say Anastasia Ashley’s (obviously staged) twerking warm-up dance is the most depressing thing I’ve seen today and more evidence that women surfers are descending into the realms of merely being the Playboy models/Hooters waitresses of the sea. What next a nipple accidentally popping out of a rashie mid cutback? Or an accidental kiss between two competing surfers in a semi-final?” Sam Haddad

36. “Let the ocean worry about being blue.” From the song Hang Loose by Alabama Shakes

37. “Surfing soothes me. It’s always been a kind of Zen experience for me. The ocean is so magnificent, peaceful and awesome. The rest of the world disappears for me when I’m on a wave.” Paul Walker

38. “One of the greatest things about the sport of surfing is that you need only three things: your body, a surfboard and a wave.” Naima Green

40. “Surfing is such an amazing concept. You’re taking on Nature with a little stick and saying, ‘I’m gonna ride you!’ And a lot of times, Nature says, ‘No you’re not!’ and crashes you to the bottom.” Jolene Blalock

42. “Style is a natural extension of who you are as a person.” Mark Richards

43. “I wanted to be the best shaper in the world – except, you later realise, there’s no such thing.” Al Merrick

45. “He was an extraordinary surfer/shaper, and I still believe he’s the best surfer/shaper to have ever walked the planet. His approach to surfing Sunset backside and to surfing Pipeline was all time, and his channel boards changed my life.” Gary Elkerton on shaper Allan Byrne

So there you have it – the best surfing quotes ever uttered by a male or female shredder.

From Kelly Slater to Buzzy Trent, Gerry Lopez, Lisa Anderson and even non-surfers such as Jon Kabat Zinn, there are so many good things to take from these surf quotes. Who knows? You might even end up living by one of them.